Manchester United interim boss Ralf Rangnick said he could not turn down the opportunity to manage one of the “world’s biggest clubs” as the German set his sights on potentially extending his stay in charge beyond this season.

Rangnick has agreed to manage United until the end of the current campaign and is expected to remain at Old Trafford in a consultancy role after that.

The 63-year-old held his first press conference on Friday after watching United’s 3-2 win against Arsenal from the Old Trafford stands the previous evening.

Michael Carrick had led United on a caretaker basis for the three games since Ole Gunnar Solskjaer was sacked.

But, after legal red tape delayed his arrival, Rangnick, who had been working as Lokomotiv Moscow’s head of sport, has finally been cleared to start a job that was too good to refuse.

“We are talking about six-and-a-half months, one third of the games, and we have agreed on a two-year advisory deal. If Manchester United contacts you for such a role you cannot turn it down,” Rangnick told reporters.

“I am well acquainted. It’s pretty obvious the team has an abundance of young, talented players and experienced players.”

Rangnick was offered a similar opportunity to manage Chelsea on an interim basis after Frank Lampard’s dismissal in January.

But he rejected that move because, unlike with United, there was no option for a longer stay, with his old protege Thomas Tuchel taking over at Chelsea instead.

“At the time, when Chelsea contacted me, they only spoke about the option to become interim manager for four months, without any prospective for the long-term,” he said.

“Here, we are talking about six and a half months. We only have one third of all the games played in the Premier League.”

Asked about the possibility he might replace Solskjaer on a permanent basis if he does well at United, Rangnick did not rule it out.

“If we do well and we stabilise, I might even recommend that we keep working with me,” he said.

Having seen both the qualities and the flaws of the United squad in their rollercoaster win over Arsenal, Rangnick knows there is plenty of room for improvement.

He believes making United more organised and efficient in defence will be a big step in the right direction.

“The major target for me is to bring more balance into the team. Even yesterday (Thursday) we conceded two and needed three to win. We concede on average two a game and this is too much,” he said.

There have been suggestions United striker Cristiano Ronaldo will not be suited to Rangnick’s intense gegenpressing tactics.

But Rangnick, having seen Ronaldo score twice on Thursday to take his career tally in club and international football to 801 goals, said he was confident the 36-year-old could fit into his system.

“You always have to adapt to the players you have available,” he said ahead of his first game in charge against Crystal Palace in Manchester on Sunday.

“I have never seen anyone as fit at 36. But it’s not just about him (Ronaldo), it’s about developing the squad as a whole.”

United have not won the Premier League since the final season of Alex Ferguson’s trophy-laden reign in 2013.

David Moyes, Louis van Gaal, Jose Mourinho and Solskjaer have all since been hired and fired as United’s full-time manager.

Now it is Rangnick’s turn to try and restore United to their former glory.

“It’s not unusual that after a long successful spell, the club needs to find a new path,” Rangnick said.

“The club has had no continuity in signing new players and sticking to the club’s DNA. It’s important not to have many changes in management.” 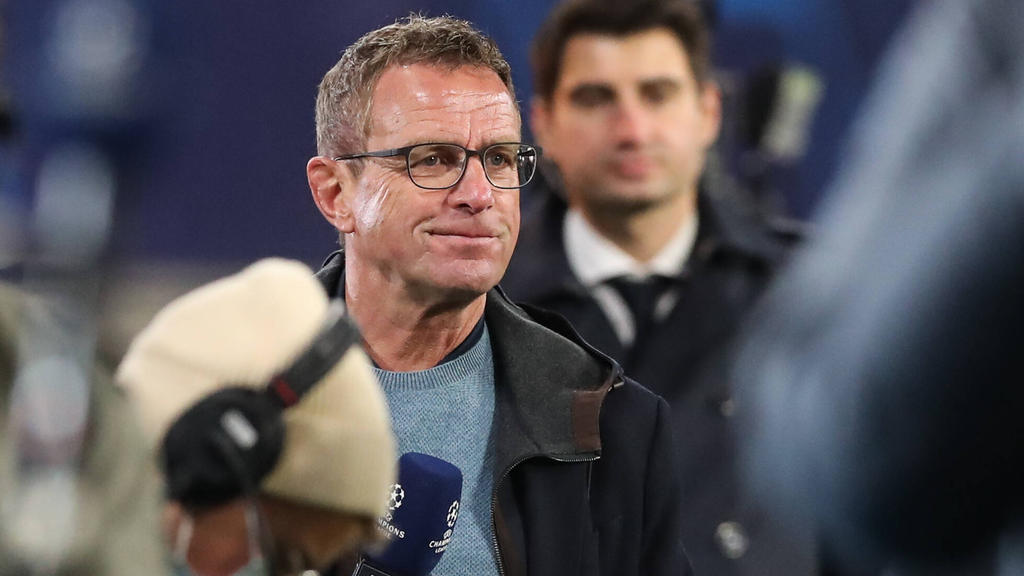